Six Considerations for Investment Advisers and the CCO 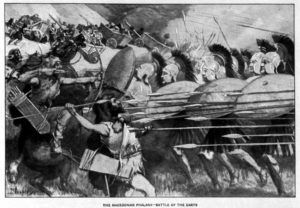 The concept of “Attack Surface” with respect to IT program exposure has become more relevant due to the advent of new technologies such as cloud-based services and applications, the proliferation of mobile devices for business use, and the acceleration of breach activities.

As your responsibilities as a Chief Compliance Officer have increased, the expectation is for you to maintain contact with complex processes such as IT Security/Cybersecurity and we believe that adding the concept of Attack Surface Analysis and Reduction to the lexicon of your Information Security Committee and Risk Committee behooves you.

Are We Even Considering our Firm’s Attack Surface?

Attack Surface is the simple concept of defining the number of points where an attacker could gain access to data and get it out of your business.  Another way of thinking about this is the exposure that your firm has through reachable and exploitable vulnerabilities.  Your firm can increase or reduce this exposure based upon the addition or subtraction of specific services.  This concept applies to both the macro level of infrastructure- networks, systems, and applications- and the micro level of functionality and configuration complexity of such avenues.

Notions of Attack Surface can also be applied to services and functions of your business such as new business lines, investment strategies, and types of clients.  Exposure can also be equated beyond the technical risks of technology vulnerabilities to Regulatory and Legal risks.  For example, we all know that dual registrants with both brokerage and advisory concerns may carry greater regulatory risk as this is an area of focus with the SEC.  Potential legal risk and your firm’s attack surface may both increase based upon the amount of Personal Identifiable Information collected and methods used for storage and access.  A glaring example of this concept is the recent R.T. Jones (RTJ) enforcement where the firm increased its attack surface through the use of a third-party webserver, and further multiplied the risk by utilizing an application which aggregated the PII of thousands of non-RTJ clients.  Did anyone at the Information Security or Risk Committee level ask, “Are we increasing our attack surface in an unacceptable manner or beyond our defined risk tolerance?” The answer was likely no.

We suggest that you think about Attack Surface with respect to three common areas of vulnerabilities for investment management firms:

This final point – the human touchpoint – is heavily emphasized in the recent 2015 Cybersecurity Exam Initiative (“The Sweep Part 2”), as Training would be a primary means of reducing the attack surface concerning your employees, and the Sweep Part 2 has further emphasized training as one of the 6 areas of focus with attention to the specific roles of your staff members.

Now that you are considering your risk identification methodology in order to begin quantifying your firm’s attack surface, we would recommend reviewing and implementing the following six steps to simultaneously reduce your corresponding risk:

Attack Surface Analysis is a vehicle for risk management within the Change Management process.  While your firm may not have an intricate Enterprise Risk Management or Change Management program, the concept of Attack Surface Analysis and Reduction can be evaluated at the Compliance, Operational, and IT program levels.  In its simplest application, the concept of reducing a firm’s attack surface may be better applied to smaller firms who can accomplish enhanced security through draconian measures of tighter controls and limited complexity.  Dan Chenok, formerly of NIST, once stated that “the only way to 100% protect yourself from attacks is to turn off your computers.”  We would add as a corollary to this notion that you can harden security at your firm by closely examining potential attack vectors and reducing exposure to these areas.

Finally, the discussion of attack surface would not be complete without mentioning Vendors, another regulatory hotspot and the subject of increasing demands for formalization of due diligence.  While you are outsourcing specific activities and functions, you must consider exactly how you may be increasing your firm’s attack surface.

For Further Reading: (Opens In a New Window)