The Direct Impact of Stuxnet on the SEC and Investment Advisers 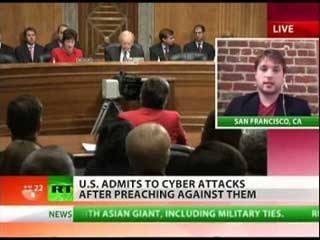 Now that Alex Gibney’s remarkable documentary about the proliferation of the Stuxnet malware is available on Amazon, a wider audience and modest infosec professionals can enjoy the slow motion train wreck that has all investment advisers discussing cybersecurity.

If you are not a moviegoer, have no time for entertainment, aren’t attempting to catch Pokemon this weekend, but are the Chief Compliance or Information Security Officer of an RIA or BD, there is value in awareness gained through “Zero Days” as the highest level of cyber warfare is knocking at your door.

Why You Should Care?

“Slow motion” is a relative term as it seems that in short order the financial services space, which includes advisers and broker-dealers, has been turned upside down by a new regime of IT security expectations and regulatory requirements. It is really in the wake of the Stuxnet disaster that the Executive Order (13636), the Presidential Policy Directive (PPD-21), the NIST Cybersecurity Framework, and multiple SEC directives have been jammed in place. There is something remedial about the speed at which we have all had to swallow cybersecurity, and “Zero Days” provides this context which has changed the lives of CCOs and CISOs.

Just as a reminder, Investment Advisers and Broker-dealers are a subset of the financial services space and defined as “Critical Infrastructure Providers” by PPD-21. The Department of Homeland Security has informed financial services firms that we are perhaps the most prominent target as evidenced by the attacks of 9-11, and certainly reinforced by the bungling proliferation of Stuxnet, the development of a whole new method of warfare, and the rush to get defenses into place.

Without rehashing the entire documentary or spoiling the learning experience, I suggest that you schedule an IT Security Awareness training which includes the Information Security Committee and perhaps a glass of wine – and watch “Zero Days” as there are numerous important issues highlighted which relate to current regulatory expectations and developing requirements.

Stuxnet is a complex malware which was designed collaboratively by U.S. and Israeli agencies including the NSA, CIA, and Unit 8200[i], contained four zero-day exploits, targeted specific infrastructure at the Natanz nuclear facility in Iran, and was released into the wild spreading to systems all over the world. In short, Stuxnet was sophisticated software designed to destroy centrifuges by adjusting speed settings in programmable logic controllers. If this sounds like the familiar foreign language of technology or IT security, take heart as “Zero Days” performs a tangible service by explaining the construction of code and malware concepts through well-designed graphics and expert testimony. In our experience at registered investment advisers, few of the personnel, sometimes including IT staff, understand how malware is constructed and distributed. “Zero Days” will raise awareness and understanding of these concepts.

Five critical concepts from “Zero Days,” which are relevant to Investment Advisers and Broker-Dealers:

In sum and while it might seem trite to discuss or recommend popular documentaries and forms of entertainment in the confines of the Security Blog, “Zero Days” provides a layman’s explanation on several technical issues which may be helpful at your business. It is also a sobering reminder of the international forces, bots and so forth, knocking on the firewall at night and good reasons to mitigate vulnerabilities. Tech geeks and security people also tend to be sci-fi and hacker TV and movie fans. Why not, as everybody likes to see their work territory popularized and made cool to the masses? Investment advisers, broker-dealers, and CCOs are now part of this culture and movement. We are not recommending that everyone run home and watch “Mr. Robot” for IT security best practices, but there is no question that cybersecurity is big in popular culture and certainly the real-life experience, impact, and intrigue of Stuxnet is a crucial part of the landscape.

“Zero Days” is written and directed by Alex Gibney and is rated PG-13 (Parents strongly cautioned) for some strong language. Running time: 1 hour 56 minutes. You can rent it on Amazon here:

US CERT’s Whitepaper on Ransomware
https://www.us-cert.gov/sites/default/files/publications/Ransomware_Executive_One-Pager_and_Technical_Document-FINAL.pdf

[i] Unit 8200 is an Israeli Intelligence Corps unit responsible for, among other things, collecting signal intelligence and code decryption.